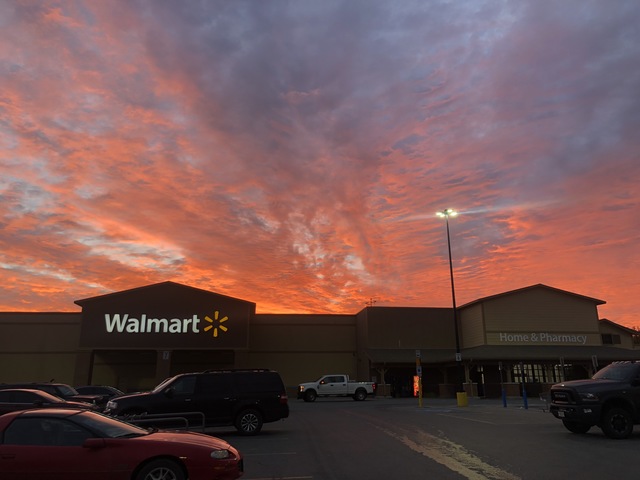 I feel like every single piece of this story I’ve told so far has had the disclaimer that “it’s hard to remember now,” but really, the week or two (three? four?) that followed my first unsuccessful “coming out” to Naomi are almost entirely lost to my memory. I never really “got” how anyone who had experienced trauma could lose memory of that trauma, having never experienced myself until coming out. I can remember…

I can remember being told, before I unsuccessfully came out, that I “could be an officer” (because of the build of my body; this affirmation of my “manhood” was supposed to be a compliment).

I can remember swearing up and down that I wanted to be a father. That I was a man. That I was happy being a man.

I remember the crack of the porcelain, the erosion of the shoreline, the snapping of the cord.

I’ve had to ask Naomi what happened, just so I had enough to write about. Even after running over some of the details, they elude me.

But I do remember the Wal*Mart parking lot. I remembered it as being the lot that I came out to her the second time in, but apparently, that’s not true. It can’t be, because that actually happened in the parking lot of the taco joint.

No, the Wal*Mart parking lot was simply where we escaped to one day–shortly? eventually?–after returning from my birthday trip. We had to go there, because we at the time we lived in a two bedroom, and the second bedroom was occupied by two of my best friends. Two people whom we cared deeply for that neither Naomi nor myself could bear to tell my secret shame to. So we drove to a Wal*Mart parking lot, and again, I swore. I swore, I swore, I swore–I am a man, and I will always be a man, and I will be an excellent husband, and an excellent father.

But then, sometime after, eventually, was the panic attack.

I was driving to work, as I did every (whatever day) morning. I took the last exit on my usual route; a beautiful exit, with fountains on either side of the road. I remember, because that is the last thing I remember seeing from that point to the parking garage (about two minutes away).

Wait, were there fountains? Or is that a false memory?

I could hear my pulse, banging at my skull, battering it with all its might.

My mouth was drier than I had ever known it.

Was I dying? Oh my God, I thought I was dying! And as I did, my pulse became even faster, even more erratic.

At some point, I got to the parking garage. I…I…I…

I knew what I had to do.

It was too late to find a sub for my morning class, which would begin in like 20 minutes. But I could get one for the afternoon. I found my boss’ office, and explained to her (as vaguely as possible) that I needed to take the rest of the day off for “mental health reasons.” That must’ve sounded super ominous to her, looking back, but she was nothing but understanding. She even offered to help find some sort of (literal) last-minute sub for my morning class, but I refused.

I taught my class after having had a panic attack minutes before, and I did so as if nothing were wrong at all.

I don’t remember when I called…or texted…Naomi, but I explained that I had had a panic attack, and that I needed to meet her during her lunch break. Actually, I think she may have suggested that? Again, I lose track of the details, and they hardly matter now.

But meet we did, in the parking lot of the taco joint, about 2.5 hours after my morning class ended.

I got in the passenger’s seat.

Somehow, I was significantly calmer this time than when I conceded that “I don’t think it’s a fetish.” So was she.

We both had known long before my first unsuccessful attempt at coming out. All that time between then and my second coming out was simple refusal to accept the immutable reality of the situation.

The difference is that now we accepted it.

But it was no less sad. There were fewer tears by volume, perhaps, but they were still horrifically painful.

Honestly, I’ll have to ask her again at some point what she remembers her response being. I don’t really remember the words, but I do remember the feeling.

The feeling that she was my best friend in the world, and that she would always be my family. The feeling of unconditional love between two people. And the feeling that our romantic relationship was well and truly dead. It already had been for a long time.

Do the details really matter?

Afterwards, she had to go back to work, and I had to drive back to the top of the parking garage so I could make a call that no one else would hear. A call to a highly recommended therapist who specialized in the area.

We now shared a trauma, but for the first time in years, we had to sort through that trauma as individuals.