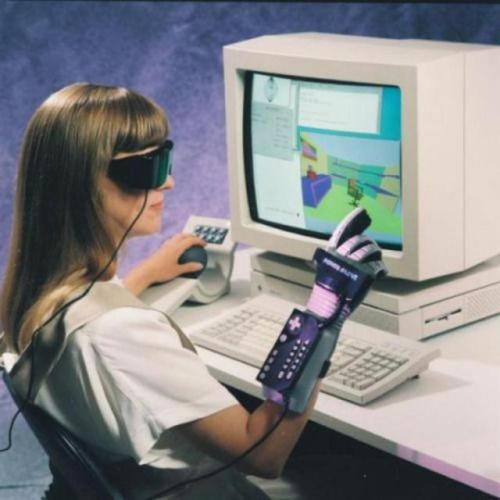 I was trying to remember yesterday how old I was when I first typed “I want to be a girl” on the internet. I would put it around ten or so, give or take a year or two. This would’ve been in the late 90s or early 2000s.

Back then, I don’t remember ever reading the word “transgender.” I actually don’t remember reading that word until sometime this decade. I came across loads of other words, though. Cross-dresser. Shemale. Tranny. Transsexual. At least MtF is still around and relevant, though I remember seeing M2F more back then. Oh, how language has evolved.

I never learned about the distinction between gender and sex(uality) until my freshman year of college, circa 2008, when I had an anthropology teacher who was super interested in transgender studies (so many strange coincidences in my life). I remember her explaining clearly then that gender is what you identify as, regardless of birth or genitalia. Then she showed us a bunch of pictures of some very attractive models, telling us that some were transwomen and some were natal (08/19/2019 edit: cis) women. She had a good time, everyone laughed, some redneck dudebros made lewd comments.

Anyway, that was a completely unrelated aside. Back then, the “transgender issue” was not nearly as well-studied or understood. I remember seeing a cartoon picture of a duck looking down its shorts, with the symbols for male and female in a thought bubble above its head, along with a question mark. I remember a ton of heavily-fetishized porn. I remember coming across Susan’s Place in its early days, and I remember coming across a site with a banner at the top that said “So…you want to be a girl?”. It was this last one that stuck with me the most.

This website was all about transitioning, what it meant, and how it was done. I read about early SRS among other things, but most of all, I read about HRT. I read about the possibility of taking estrogen, even though my sex was not female. And everything I read made sense.

It was something I wanted, desperately, but also something which I had to keep secret above all else. I kept it secret through middle school, as puberty started to hit in its weird way and I started to develop breasts and have lesbian dreams. I knew that the longer I waited, the less it would affect me, but I kept it secret nonetheless.

I kept it secret in high school, when those same dreams intensified, and when…other things started to happen that I can’t write about here.

I kept it secret in college, even when I felt a true liberation in going out with my friends to a showing of Rocky Horror Picture Show, dressed in (terribly tacky) drag I bought at a thrift store.

Wait, how old am I? 23? I still have a little time. It won’t be as good as it could’ve been, but I still have time. So I moved across the country, windows shopped women’s clothes online, and deeply considered illegally purchasing hormones online. AND YET, even here, even now…

I could go on, but it’s getting a little repetitive. What’s the point here?

Even before puberty, I knew I wanted to take estrogen, and I knew the importance of age in how it would affect me. I also knew I would never, ever be allowed to seek such treatment, so I repressed the urges as best I could. So well, in fact, that I now find myself sitting here, all of 28 years old, dumbfounded at how quickly that time evaporated from me.

And so, so sad that I am only now doing something about anything.

One Reply to “Earliest Transgender Memories, pt. 3 + On Hormones, pt. 8”

Y'all. I passed a hundred subs this morning! Not bad for like 1.5 months 😎 #transyoutuber #transteacher
Been at least three days since my last #trans #timeline, so here's one year of #gym #selfies 😊 . . . . #transwoman #transgender #mtf #transitiontimeline
Of all the adorable things Eevee does, her love of hanging out between the curtains while I shower is perhaps the most adorable. . . . . #catstuff #catmom #cat #catsofinstagram
I made a new #youtube video, this time much shorter, funnier, and more surreal, in which I define the trans slang word "egg." It's called "Surreal Queer Dictionary," and can found on my channel, Mila Wren. . . . #egg #transyoutuber #transgender #trans #lgbtq #lgbtq🌈
I made #borscht, and it's super good for my first time! Thankfully, because it's enough to last a month 😅
Okay, I know I'm being absurd, but I saw this perfect curl and had to document it 😂 #curlyhair