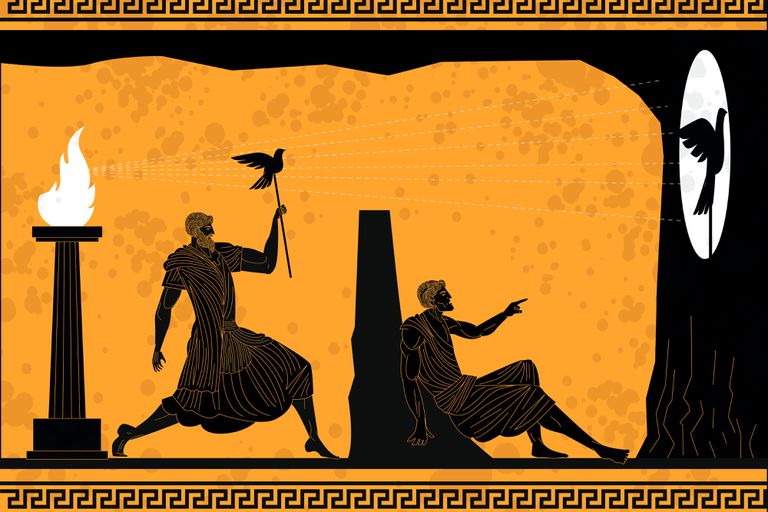 I’ve tried doing a few things to make it clear that this blog is a documentation of my personal growth, both generally as a person and specifically as a transwoman. I’ve added a disclaimer to the “about the blog” section, for example, and I once even had a front page that forced you to essentially read “I am stupid take this all with a grain of salt” before you could enter the site. I honestly never thought I would ever let another soul read it when I started it, and I certainly never really intended it to become so public.

I’ve been under estrogen’s sway for more than eleven months now–closing in on a full year. Being so close to such a significant milestone has (perhaps predictably) led to me reflecting on the crazy road that brought me here in the first place. At the same time, making this blog public and accessible to anyone has caused me to be a bit more critical of what I put out there; while my writing here has always been casual and stream-of-consciousness, for some people, it’s now a sort of source on what it is to be transgender. Regardless of my original intent, public accessibility has bestowed upon me a new type of responsibility that I do not want to fall short of.

I have grown a lot over the past year, and in the way that such things tend always to be, I don’t especially enjoy re-reading older stuff that I posted here, especially some of the posts I wrote about hormones and my own biology. It’s odd to come to that realization, too: at the time, I was both most proud of what I had written there, and I found it the most therapeutic (especially because of the abyssal state I was in when I wrote most of it). Further, it’s not exactly as if it’s all lies–there’s still some good information buried there, and everything I said of myself was completely true. But, well…like I said, I’ve grown a lot.

This has really come to a head in the last month or so, since Contrapoints (The Eternal Empress of Transfemme YouTube) released her most recent video, “Transtrenders.” If you’ve never watched Contra before, this is admittedly not the easiest of her videos to get into, as it’s rife with self-reference and language specific to trans culture. Nonetheless, the main gist of it can be boiled down to the simple question: why are some people trans?

When I first started seriously questioning this about myself, it was my natural inclination to seek the scientific, medical answer. That is what led me to checking my hormone levels, and when I found they were outside the expected range, it is what further led me to research “why.” Though I might have strong critiques against academia, after getting four degrees, I do approach such things as an academic.

In my quest for answers, I read the American Psychiatric Association’s definition for “gender dysphoria.” I read neurological studies comparing cis- and transgender brains (yes, I read the actual studies, too, but articles like the one linked are easier to digest for a wider audience). I even read a bunch of bullshit about the ratio of ring finger to index finger lengths (yes, of course I measured mine. yes, of course I was excited to see my ratio was within female levels).

All of this can broadly be included under the umbrella term, “transmedicalism.” Put simply, transmedicalism refers to the belief that to be transgender is a scientifically-proven, medically-accepted, and research-backed phenomenon. In other words, transmedicalism seeks to understand what it is to be trans in the most biological terms possible.

At first glance, the ability to understand transgender issue in scientific terms is an extremely attractive proposition. It provides answers which are grounded (at least theoretically) in logic, rather than pseudo-Biblical “evidence” that “God said not to wear women’s clothing.” Having research to point to that says “I am definitely trans and it’s just a thing so get over it” was a necessary step in my accepting myself enough to transition.

The thing is, though, as the title states: for all its allure, transmedicalism is mostly bullshit.

But, but, the science backs me up! It validates me. It says that gender dysphoria is a real medical condition, for which the only effective treatment is transition. It proves that trans people are real, dammit!

A much more polished transfemme blogger than I by the name of Natalie Reed stated this more eloquently in her post titled “The Null Hypothesis.” The basic argument that she makes is that because “cis” is considered to be the default, to be “trans” means that one is in a state of constantly having to prove their own validity. Or, put in another way, the only way one can be trans is through disproving that they are cis.

I’ve written a bit about privilege throughout this blog, mostly when looking back on how I was essentially handed the whole freaking world on a silver platter by being born into a straight white male Christian American social role. In accepting myself as trans, I can no longer claim to be a white guy, and in doing that, I’ve renounced a hell of a lot of privilege (though this is not to say that the “white American” part doesn’t still confer a gargantuan amount of privilege).

It took me a while, however, to realize that the privilege of being cis is the privilege of simply existing without question. And it was only when I approached coming out to people as trans that I came to that realization. And why was that?

Because I fruitlessly tried proving my validity through transmedicalism.

What was quickly made apparent for me was that those who accepted me as trans would already have done so with or without the “proof” I was supplying them, whereas those who already held transphobic views were never going to accept me, regardless of how much research they were given.

Part of the curriculum of the university-level ESL classes I teach includes preparing students for American university-level research. This means that I am very often assign argumentative research papers in which students have to pick a contentious topic, pick a side, and find research that backs up their argument. I had to write several such papers myself as a student, but what I didn’t see until I became the teacher is that this approach (choose a side on something contentious and find research to support it) leads almost all people to confirmation bias. If you have already chosen your argument before you have even found your sources, your argument is based solely on your opinion. The subsequent “research” serves only to support your confirmation bias.

This is the exact same phenomenon that makes transmedicalism such a double-edged sword. As I said before, the people who accepted me were already going to accept me. The people who did not accept me were never going to, and for every scientific study I cited, they would cite a “source” of their own. It didn’t matter that, just like the sources many of my students brought to me, those sources were completely unscientific and academically unsound. What mattered is that if I had a source, they had a source. This inherently frames my very identity as an argument, like legislation on healthcare or firearms, which is exactly the sort of mindset that has always allowed those with more privilege to maintain their status over those with less.

It might be academically unsound, but if one’s personhood (their race, gender, sexuality, nationality) is open for debate, then so is our treatment of that person. Approaching my initial coming out by citing study after study, therefore, was the wrong move, because I was approaching the conversation by allowing my reality to be questioned by others.

And yet, if I had not found so much scientific study on being transgender from a medical standpoint, I doubt I would have ever accepted myself enough to transition. I would still be in a horribly deep depression from trying so desperately hard to be comfortable in being male…that is, if I hadn’t finally offed myself first.

So what? Is transmedicalism good, or is it bad?

As to that particular question, transmedicalism is bad. This is because the very concept frames trans identities as an argument, and gives transphobes a (poorly-constructed though it may be) means by which they can maintain their superior privilege before the “argument” has even begun.

However, that does not mean that I think that scientific study into trans issues should not be encouraged. It should be, full stop. It’s critical that such research (which still has a long, long way to go) continue. It’s not the science itself that is the issue, it’s the way it has been used that is so problematic.

And as to my own personal growth? I put myself above other trans and nonbinary folk by talking about my hormones and dysphoria as I did. Knowing that my levels were so off might have been the single-most important thing in my accepting myself, but whether I realized it or not, arguing for myself as validly trans based on my natural hormone levels meant that I was saying I am more trans than those whose levels were within the ranges expected of their assigned gender. I also admit that the whole “Earliest Trans Memories” series was initially started in order to prove to others that my struggle with dysphoria was terrible and had been with me my entire life. It was more “proof” for the benefit of others, not myself, and it completely flew in the face of those trans/nonbinary individuals whose experience with dysphoria (or lack thereof) was different from my own. Because I approached my gender as an argument, what was liberating for me was potentially oppressive for another. That is why I hate reading my old posts.

2 Replies to “On Hormones, pt. 10: Growth, or Why Transmedicalism is Mostly Bullshit”

#mood
Yesterday, I went to my first Renaissance Faire, and by the gods do I want to live there. Some observations: . 1. I need a corset. Or 5. Like yesterday. 2. Chain/scale mail swimwear exists. Also need. 3. There's still time to pursue my childhood dream of blacksmithing. 4. The most awesome things are always outside my budget.
I uploaded a new video a couple of days ago! Instagram sucks for sharing that sort of thing, though, so it took me a minute to mention it here. This one's about trans people in early 20th century Germany, and how the Nazis tried to competely erase them from history. Link in the blog in my bio! #transyoutuber
I know I'm a total fan girl, but y'all. Look at this art I acquired. . . . . . . #euphoria #vinyl #labyrinth #hbo
Some of my research for my next video (almost finished!) PS. This book was written in 1910. This isn't a pass to use the word in 2020, except when singing Rocky Horror 😂 #transhistory #transyoutuber
Finally back in Jax. Fabulous pics from my sister's wedding to follow eventually, but for now, look at this precious angel who would not leave my lap when I got back ❤️